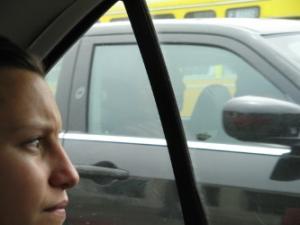 In my research I have examined the poetry of El Divino Anticristo (The Divine Antichrist), a transvestite panhandler who still inhabits the streets of Santiago de Chile. At the University of Oregon while completing a Master’s Degree I studied the figure of the “rogue” (el pícaro) in colonial Latin American literature (Stikels Scholarship), research that was paramount for my first novel El Tarambana.  I also studied the representation of the family in four texts by female narrators of the post-dictatorship period in Chile (financed by CSWS of the University of Oregon). Finally, linked to the work of representation of the post-dictatorship family, I analyzed Leopoldo Alas Clarín’s short novel, Doña Berta, from a feminist perspective, proposing it as a text that disarticulates certain feminist precepts, in particular the very idea of “feminine” writing.  These last two investigations have continued in various projects related to the question of gender and identity in literature and theory. I have also worked on investigations concerning the relationship between aesthetics, literature and artistic theory in various periods; first during the government of Salvador Allende (conference:  Humor y derecha política:  el rostro en la historieta política, Universidad de Santiago, 2015) and then during the military dictatorship of Augusto Pinochet (published Humor y miedo:  Metáfora y elipsis en la representación del dictador, Hispamérica, April 2015).
During the last few years I have also produced various works of fiction, publishing poems and short stories in anthologies, a work of children’s literature, Érase otra vez (Feroces Editores, Santiago 2011), a novel, El tarambana (Tajamar, Santiago, 2013 and Mármara, Madrid, 2016).  I await the future publication of the novel, Adiós bandera roja (Tajamar), as well as a series of short works, Los multipatópodos (Overol) in 2017.  Both El tarambana and Adiós bandera roja were written with the support of scholarships for literary creation awarded by the government of Chile.
In addition, I have taught various classes, including a course that delved into the idea of suspicion in short stories by Julio Cortázar, as well as Contemporary Hispanic Literature, a required course for the undergraduate degree in literature.