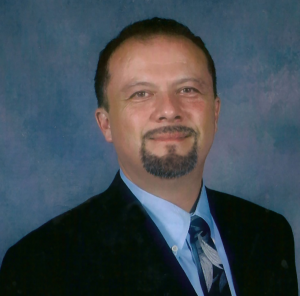 I am very pleased to announce that I have been chosen as the recipient for the Jane Grant Dissertation Fellowship for AY 21/22. I am so honored to have received this award. I will not be teaching the entire AY. Instead I will be devoted to completing my disseration titled Viral Bodies: AIDS and Other Contagions in Latin American Narrative.

Please check out my new initiative. The Queer Translation Collective at http://www.queertranslationcollective.org where you will find the Queer(ing) Translation Manifesto, available under a Creative Commons license. It is a virtual place that I envisioned as part of my translation practice where like minded translatiors can exhange ideas and build an articulation of what a queer(ing) translation practice could be. We will be publishing excerpts from translation works in progress, testimonials, theoretical articles and blog posts.

In 2010, Jon enrolled at the University of Oregon and completed a Bachelor’s degree with a double major in Spanish and International Studies with a focus on community development, while receiving a minor in Women's and Gender Studies Queer Theory and a Linguistics Certificate in Second Language Acquisition in 2013. It was during his Bachelor’s program that he was the recipient of a Gilman Scholarship in 2013 and did his field work at the ALDEC Foundation in Quito, Ecuador, where he gained valuable experience working with youth from low income families and nonprofit management. After completing his Bachelor’s that same year, he went on to complete a Master’s degree in Spanish, while working as a Graduate Teaching Fellow. Jon is committed to issues of social justice, poverty reduction, intercultural communication, the promotion of multilingualism, and politics that affect kinship family ties, public health, gender equality and sexuality. Jon is currently a doctoral candidate in Romance Languages and a Spanish instructor at the University of Oregon. Jon is specializing in literary translation and has already completed translating five books. His first book in translation will be published by Floricanto Press in October 2020. The book is called The Neurosurgeon by the Cuban author Michel Estrada.

Jon has written many poems throughout his life and authored over 50 original songs, he has written numerous short stories and is also interested in writing novels. He has produced an original short film, an original documentary and has participated in several projects as an editor and sound designer. He continues to participate in cultural performances of Ecuadorian music as a member of a band called Soul of America.

Jon will complete his dissertation entitled in Spring 2022.